A Ring Billed Gull at Lunch 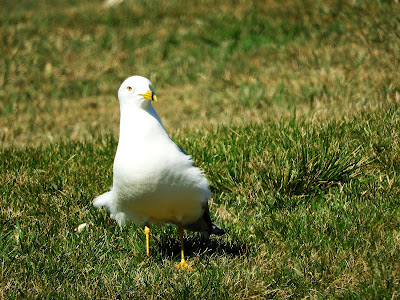 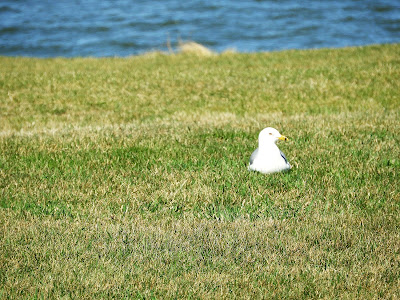 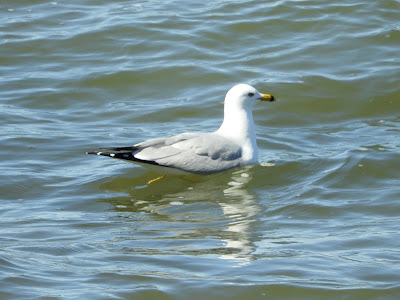 At first, the ring billed gull stood off aways from my car at the edge of the parking lot, not saying much or giving me the I want food eye. Then he moved closer. Still no squaking. He walks over the lawn to left side of my car, at a distance, and begins eating what is probably bugs. Fying a short distance, he rests for a few seconds before going down to the shore of Lake Champlain.

Thank you to Amanda of Island Musings, for the  gull ID. I thought the black band on his bill was plant matter.

Walking along the very edge of the water, he stops, looks around, moves on, stops, and then finally enters the water. Seconds later, he dips his bill and eats something. I had tuna salad (no bread), chips and water for lunch. I experienced no flying, ride on the waves or toe dipping in the water. 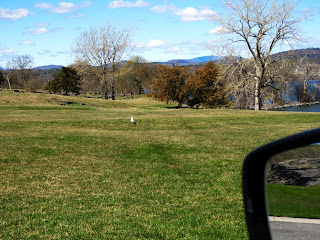 About Covid-19
Vaccines in Vermont

Masks on our faces,
not our hearts & minds

Please, if you feel anything you read on this blog is offensive or may be so to others, then send me a polite email.
The compassion to further Peace and understanding is appreciated.
Thank you 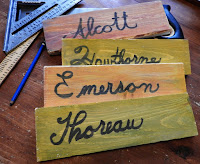